Why and Where to Buy in Greenwich? 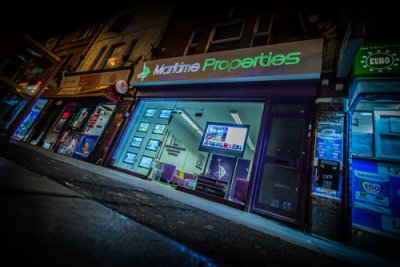 Why and Where to Buy in Greenwich?

Why The Royal Borough of Greenwich is a great place to invest in Property.

As we all know, 2014 was a great year for anyone who owned property; with prices growing at almost pre-recession rates and with the return of the domestic buyer and favourable interest rates, the market was really booming. London became even more disconnected with the rest of the country in terms of property prices. Out of London, the Royal Borough of Greenwich had the sharpest increase in 2014 according to figures from Halifax. The average price rose from £263,183 to £328,044 in the 12 months to November 2014, which is a percentage increase of 24.6%. Ealing was second on the list with a rise of 24.5%. Interestingly enough, the two boroughs have more than one Cross Rail station within their borough; Ealing having around four stations and Greenwich having two stations. Ealing has traditionally always had a slightly higher price bracket than the Royal Borough of Greenwich.

Now, lets look at some of the reasons behind the hike in prices in the Royal Borough of Greenwich. Infrastructure changes always have an impact on prices - just as the Jubilee line extension did back in 2000 with the opening of the North Greenwich Tube Station. With the coming of Cross Rail now fast approaching, savvy investors are realising  that this is an opportunity not to be missed. With forecasts of huge growth and a further increase in demand in the area, the borough can look forward to further excitement within the property sector.

The Royal Borough of Greenwich is a very diverse borough, with a huge area which has some huge regeneration programs on going. Two of the largest projects within the borough that have been performing very well and that have undoubtedly pushed the average prices of the borough higher are Kidbrooke Village and Royal Arsenal; both being built by the same developer Berkeley Homes PLC. These are two large scale developments that have totally changed the face of the areas that they are in and have added a new dimension to the Royal Borough.

The Greenwich town centre area has traditionally been one of the highest priced areas within the borough. This area has also seen huge regeneration over the last few years, however has not seen such a huge growth in the last 12 months due to the prices already being relatively high, it has however still seen a positive growth. The areas of the borough that have seen the steepest increase in prices are the areas further out, especially Abbey Wood and Woolwich Arsenal due to the Cross Rail. However, I have seen an increase in demand for larger family homes within areas that have more open space. These houses within the Royal Borough are traditionally found around the Blackheath and Eltham area. Due to this increase in demand, these types of properties in these areas have also seen a sharp increase in prices.

Overall, the Royal Borough still has a long way to go in terms of price growth, although the media and press forecast slow growth for 2015 for London as a whole. I still have the opinion that the Royal Borough of Greenwich will still do exceptionally well. Areas within the Royal Borough that still have relatively low prices and have room for further capital appreciation are:

To learn more about investment property or to book your free appointment to discuss your investments with one of our property investment specialists; please call us on 0208 858 0990.